800kcal Calorie Restricted meals have been popularised by Michael Mosley’s The Fast 800 (www.thefast800.com) where participants start with an 8–12-week rapid weight loss phase, then move to Intermittent Fasting (two days a week at 800kcal), and then eventually progress to day-to-day maintenance where they consume a lower-carb Mediterranean style of eating. It's not just popularist thinking though, there are several major research studies behind an 800kcal rapid weight loss approach:

A UK-based study carried out by Professors Mike Lean and Roy Taylor showed that when people with Type 2 diabetes were randomly assigned a 12-week rapid weight loss 800kcal diet, they lost and were able to keep off more weight than participants assigned the slow and steady diet. Those on the 800kcal regime lost an average of 10kg, which they kept off for more than a year, compared to just 1kg for the control group.

As well as resulting in remission for some people, there appear to be additional benefits to taking part in a weight management programme overall. These include a reported better quality of life, improved blood glucose levels and a reduced need for diabetes medications.

2.The PREVIEW Study (Results published in 2020)

- Prevention of Diabetes through Lifestyle Intervention and Population Studies in Europe and around the World. Design, Methods, and Baseline Participant Description of an Adult Cohort Enrolled into a Three-Year Randomised Clinical Trial

This large multinational 8 country study was aimed at preventing Type 2 Diabetes and had over 2,300 participants kick start the study with 8 weeks of rapid weight loss using an 800kcal diet. After the 8 weeks, participants had lost an average of 11kg. The rapid weight loss phase was then followed by a randomised 34-month weight maintenance phase comprising of four treatment arms.

This study, conducted by researchers from Oxford University, used 278 overweight patients across 10 GP practices and followed them for a year. Participants in the Total Diet Replacement group (TDR 800kcal meal plan for 8-12 weeks) lost over three times as much weight as those given ‘Usual Care’, and nearly half lost at least 10% of their starting body weight.

4.Healthy Lifestyle Recommendations: Do the Beneficial Effects Originate from NAD+ Amount at the Cellular Level?

5. Can dietary changes lead to remission of type 2 diabetes even if a person does not lose weight?

A number of studies have been published by different research groups showing that a diet that provides about 20 – 30% of its calories from carbohydrates, and 30% from protein (i.e. a lower carbohydrate and higher protein diet) can lower blood glucose in people without type 2 diabetes without weight loss. The study being undertaken by Dr Nicola Guess funded by the Diabetes Research & Wellness Foundation in the UK is seeking to validate the role protein plays.

The researchers found a significant increase in verbal memory scores after caloric restriction and indicated the mechanisms underlying this improvement might include higher synaptic plasticity and stimulation of neurofacilitatory pathways in the brain because of improved insulin sensitivity and reduced inflammatory activity.

A Clinical trial underway by The National Institute on Aging: Read the full study.

Dietary restriction (DR) is a well-known intervention that increases lifespan and resistance to multiple forms of acute stress, including ischemia-reperfusion injury. The effect of short-term DR (one week of 70% reduced daily diet) on neurological injury was investigated in rats using an asphyxial CA model.

11. The effect of caloric restriction on blood pressure and cardiovascular function: A systematic review and meta-analysis of randomized controlled trials

This systematic review investigated the effect of 1–4 weeks of calorie restriction on blood pressure. The review found that 1-4 weeks of calorie restriction had similar effects on blood pressure to that expected with medications, and larger than that reported for other lifestyle interventions or supplements. Cardiovascular risk could be further reduced by caloric restriction lasting up to six months to lower heart rate and improve VO2peak.

Abstract: The obesity epidemic is among the greatest public health challenges facing the modern world. Regarding dietary causes, most emphasis has been on changing patterns of fat and carbohydrate consumption. In contrast, the role of protein has largely been ignored, because (i) it typically comprises only approximately 15% of dietary energy, and (ii) protein intake has remained near constant within and across populations throughout the development of the obesity epidemic. This study shows that, paradoxically, these are precisely the two conditions that potentially provide protein with the leverage both to drive the obesity epidemic through its effects on food intake, and perhaps to assuage it. They formalize this hypothesis in a mathematical model. Some supporting epidemiological, experimental and animal data are presented, and predictions are made for future testing.

Abstract: Intermittent fasting (IF) improves cardiometabolic health; however, it is unknown whether these effects are due solely to weight loss. These researchers conducted the first supervised controlled feeding trial to test whether IF has benefits independent of weight loss by feeding participants enough food to maintain their weight. Their proof-of-concept study also constitutes the first trial of early time-restricted feeding (eTRF), a form of IF that involves eating early in the day to be in alignment with circadian rhythms in metabolism. Men with prediabetes were randomized to eTRF (6-hr feeding period, with dinner before 3 p.m.) or a control schedule (12-hr feeding period) for 5 weeks and later crossed over to the other schedule. eTRF improved insulin sensitivity, β cell responsiveness, blood pressure, oxidative stress, and appetite. This study demonstrates for the first time in humans that eTRF improves some aspects of cardiometabolic health and that IF's effects are not solely due to weight loss.

Abstract: This study performed the first randomized trial to determine how meal timing affects 24-hour energy metabolism when food intake and meal frequency are matched. Eleven adults with overweight practiced both early time-restricted feeding (eTRF) (eating from 8 am to 2 pm) and a control schedule (eating from 8 am to 8 pm) for 4 days each. On the fourth day, 24-hour energy expenditure and substrate oxidation were measured by whole-room indirect calorimetry, in conjunction with appetite and metabolic hormones. The results of this study showed that meal-timing interventions facilitate weight loss primarily by decreasing appetite rather than by increasing energy expenditure. eTRF may also increase fat loss by increasing fat oxidation.

This study is the first study to determine how TRF affects gene expression, circulating hormones, and diurnal patterns in cardiometabolic risk factors in humans. Eleven overweight adults participated in a 4-day randomized crossover study where they ate between 8 am and 2 pm (early TRF (eTRF)) and between 8 am and 8 pm (control schedule). Participants underwent continuous glucose monitoring, and blood was drawn to assess cardiometabolic risk factors, hormones, and gene expression in whole blood cells. Relative to the control schedule, eTRF decreased mean 24-hour glucose levels by 4 ± 1 mg/dl (p = 0.0003) and glycemic excursions by 12 ± 3 mg/dl (p = 0.001). In the morning before breakfast, eTRF increased ketones, cholesterol, and the expression of the stress response and aging gene SIRT1 and the autophagy gene LC3A (all p < 0.04), while in the evening, it tended to increase brain-derived neurotropic factor (BNDF; p = 0.10) and also increased the expression of MTOR (p = 0.007), a major nutrient-sensing protein that regulates cell growth. eTRF also altered the diurnal patterns in cortisol and the expression of several circadian clock genes (p < 0.05). eTRF improves 24-hour glucose levels, alters lipid metabolism and circadian clock gene expression, and may also increase autophagy and have anti-aging effects in humans. 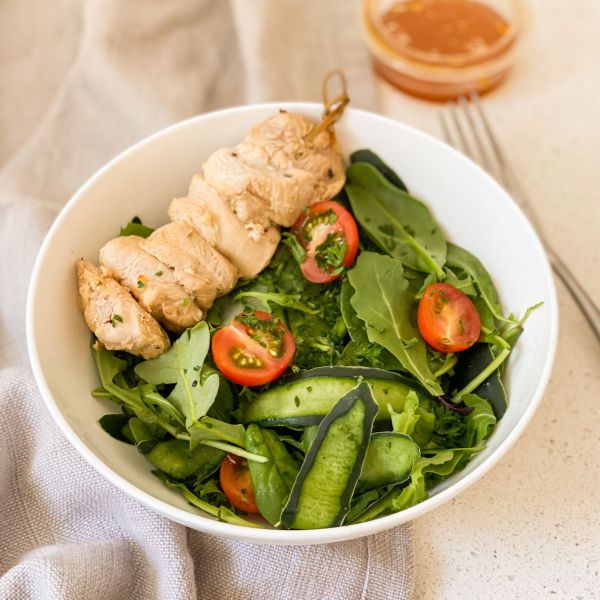 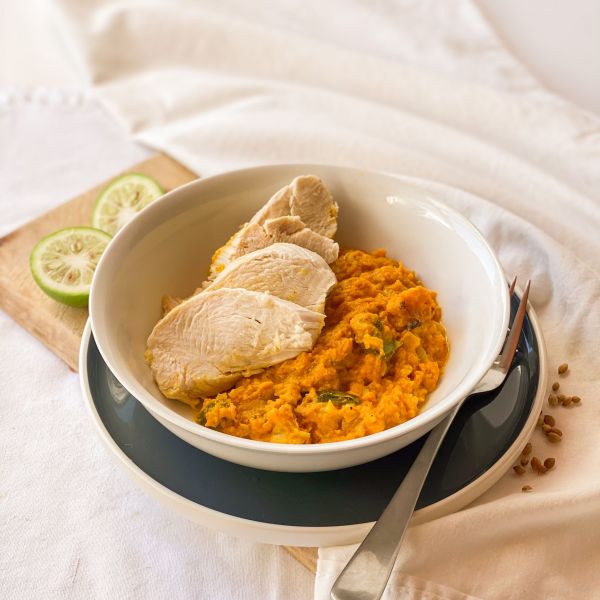